Dispatch Pest Control can safely remove wasp’s nests from your property, without risk of harm to you or your family.

Dispatch Pest Control are here to offer professional solutions for wasp infestations on your property. Based in Yorkshire, we have years of experience in pest control, including removing Wasp’s Nests from properties all over the North/East Yorkshire area.

Finding a wasp’s nest can be a distressing experience. They can be extremely dangerous, especially if you have people in your household allergic to wasps or if you have pets. But you can rest easy. 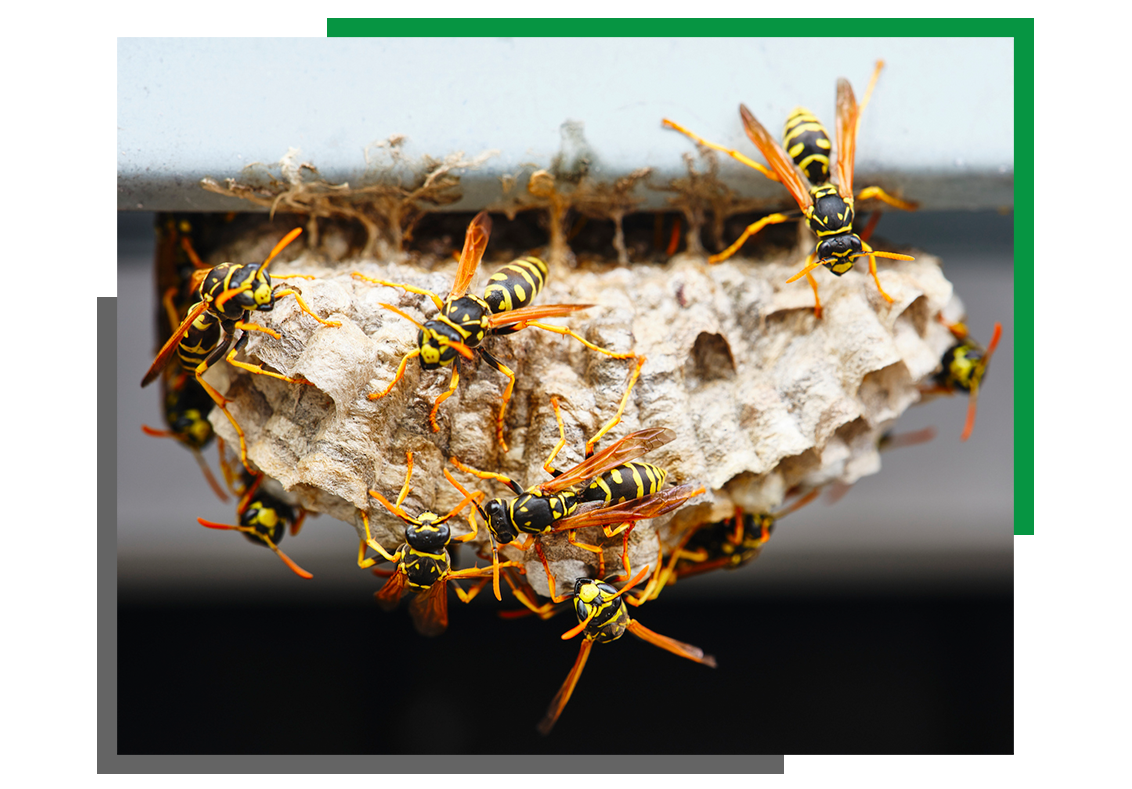 Signs you have a wasp’s nest

Hearing a buzzing or humming noise in/around your property.

Seeing an increasing number of wasps around your property.

You may see a wasp’s nest, which is made from chewed wood pulp.

Following the sound or flight path of nearby wasps may help you to locate the nest. If you find a wasp’s nest, there is no need to panic, but contact us at Dispatch Pest Control straight away.

The Queen of the nest will start to create a nest in the springtime. They are often found in places she can easily access to begin with, including but not limited to:

Inside Attics and Roofs/Crawl spaces.

Outbuildings such as a Shed/Garage.

Up a tree/in a bush or even burrowing in the ground.

It is dangerous to attempt to remove a wasp’s nest yourself! They can attack if they feel threatened and can pose a serious risk to life/health in large numbers for both humans and pets. In addition, attempting to attack a nest may result in being stung. Wasps also release a pheromone that other wasps detect, potentially resulting in a swarm. To remove a wasp’s nest, you should contact professionals such as Dispatch Pest Control to safely remove the nest for you.

Contact Dispatch Pest Control any time for a free, no obligation quote.